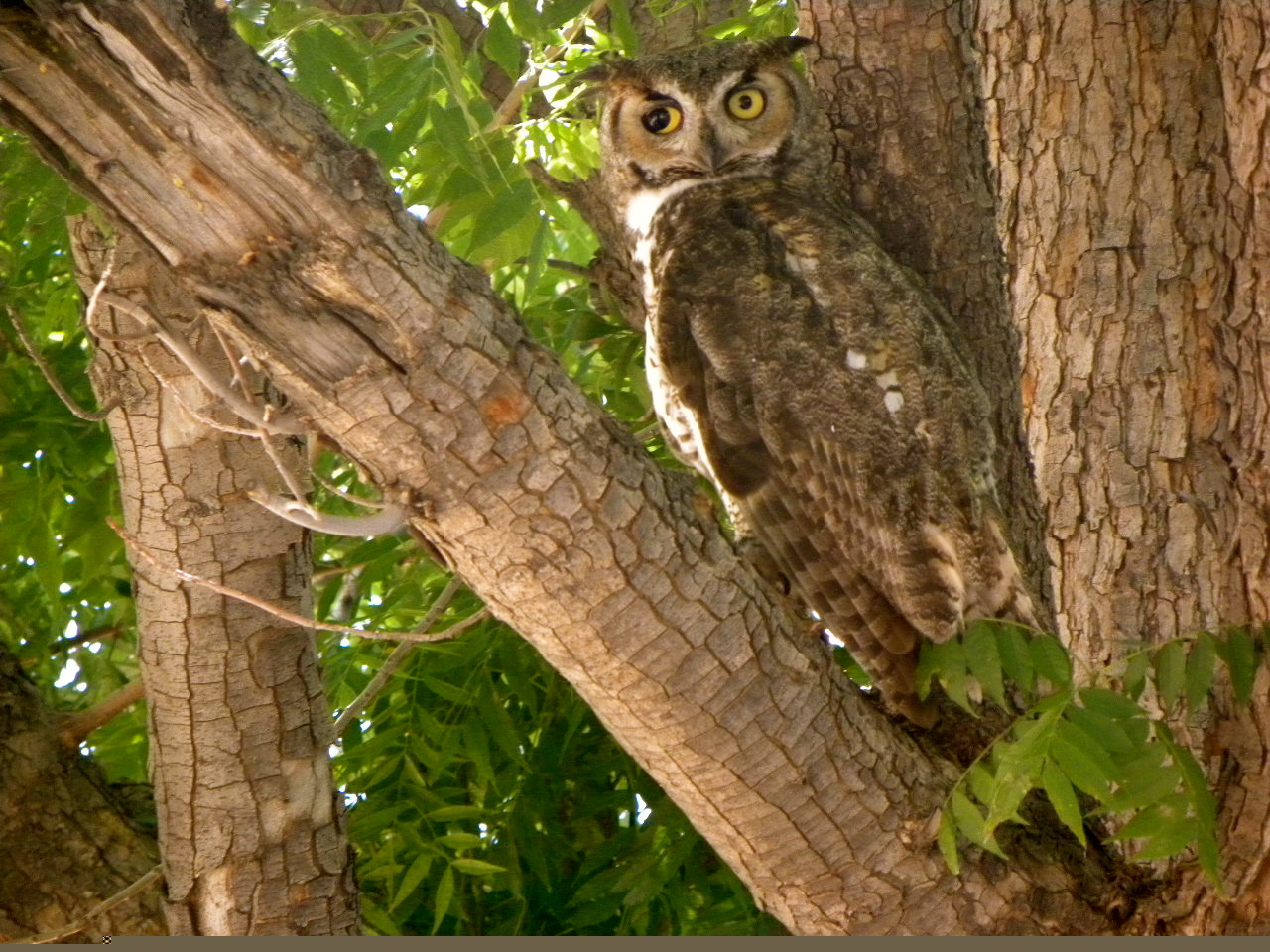 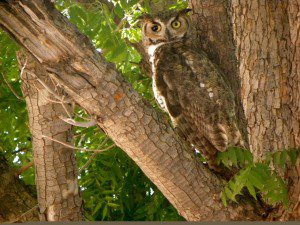 Nature teaches us about love, protection, and setting and keeping our boundaries in what matters most to us.
Several years ago, this male great horned owl showed up at the Sombrero Ranch in Wickenburg, Arizona. He sleeps in the large sumac tree next to the main house.  His right eye pupil stays dilated even when the left pupil constricts. It is unknown to us how this injury occurred. We have learned owls don’t need both eyes to fly and hunt, because this fellow looks fit as a fiddle. He just doesn’t look as other owls do with matching eyes.
In human terms, some would say this male owl has a visual impairment and may not be as prosperous in his hunting and protecting himself from other birds of prey. Owls can adjust their vision from telescopic to microscopic in an instant. Their eyes are specifically adapted to detect the most subtle of movements. And their hearing is just as keen.
We have seen some birds get along with other birds, and some do not. Woodpeckers and quail sound the alarm when a bird of prey, such as a hawk, is in the “neighborhood”.
We wondered if this male owl will find a mate and if the eye thing mattered to the female. Our question was answered one day when a second owl showed up in the same tree, different branch. It became apparent these two became friends. We observed this pair sleep in the same tree, and sometimes one will be in the backyard pine tree during the day.
Every evening just after sunset, the owls leave the tree and fly to the wood power pole or on top of the cypress tree on the east side of the main house. At times, one will fly off before the other one does. They talk for a while with their hoots, then take off for the night hunting and eating in the Sonoran desert filled with plenty of options for mealtime. 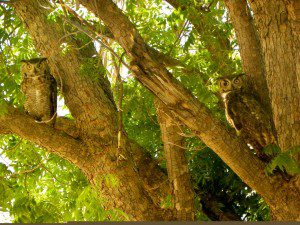 In the early morning, before sunrise, they return to the ranch. We have seen them on top of the garage dancing, facing each other inches apart, and hooting it up! I can feel their deep love and appreciation for one another. I imagine they are telling each other their stories of the great hunting during the night. We have also seen them land on top of tall saguaros and appear to be kissing each other.
One day while the owls were sleeping in the sumac tree, a Coopers’ hawk flew to the same branch the male owl was sleeping on. The hawk began yelling at the owl demanding he leave the tree at once. The hawk didn’t notice there was someone else in the tree who was watching this display of protest. In the next moment, we saw the Cooper’s hawk flying fast and furiously around the corner of the house, with the female owl in fast pursuit! She later returned to her mate without the hawk in sight.
What we have learned from the great horned owl; is to be strong to stand up for what is important to us, have courage in facing adversity, adapting to our circumstances, no matter what life brings us, everyone is deserving and capable of love, and know in our hearts we have the wisdom to live authentically with integrity.
Blessings and joy!
Barbara Becker
November 1, 2012

Other Articles You May Enjoy... 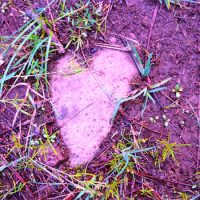 Love Your Neighbor As Yourself

You know the phrase; love your neighbor as yourself. There are different ways to say ...read more 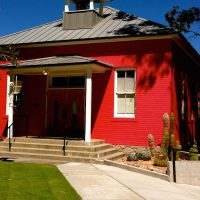 [This article is part of a series of articles exploring how our spiritual path, the ...read more

Embracing Acceptance In Your Life

On the level of consciousness scale by David R. Hawkins, in his book, Power vs. ...read more 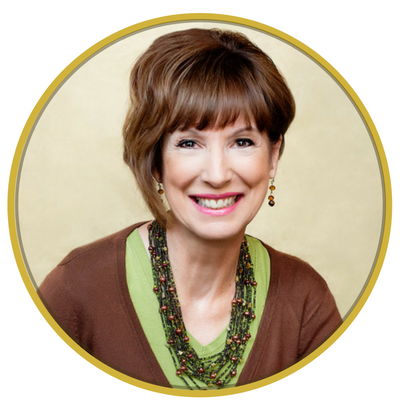