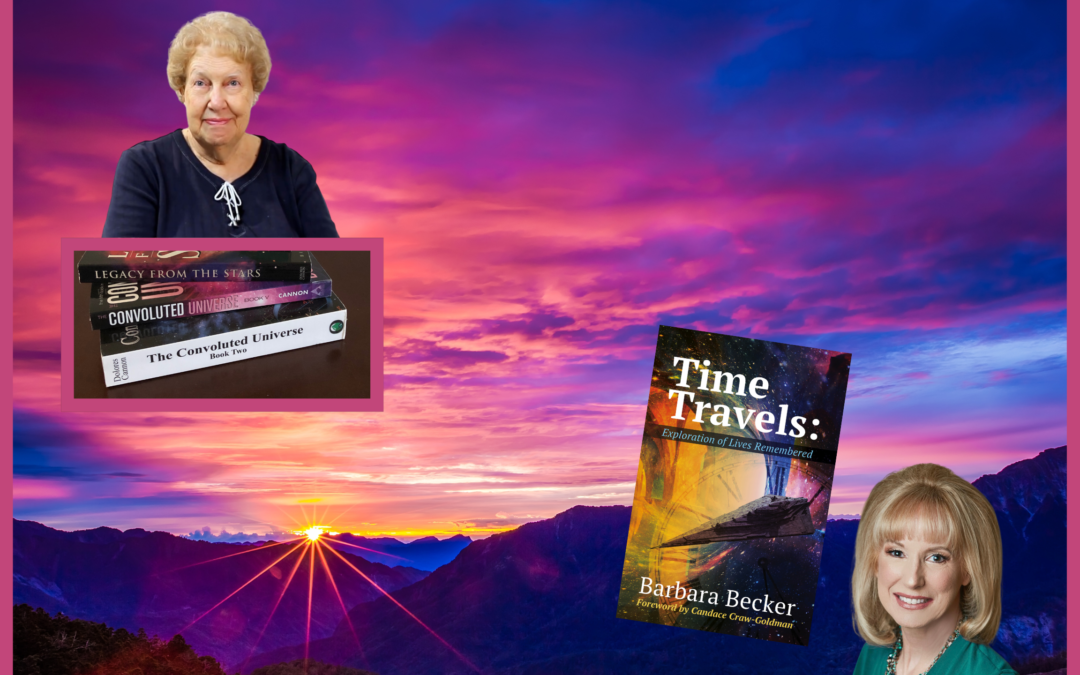 Dolores Cannon’s books and other QHHT books in chronological order.

This is the second article in a two part series that reviews the top 20 QHHT books of all-time. Go to part one for reviews of the rest of Dolores’ books, along with a full list of her books in chronological order, as well as for a review of Barbara Becker’s QHHT book, Time Travels: Exploration of Lives Remembered.

Jesus and the Essenes

This is one of my favorites of Dolores’ books, which goes in-depth with an enlightened group of people (the Essenes) who believed in equality between people and sexes, and who raised Jesus’ mother and taught Jesus, along with masters throughout the world.

Dolores gathered this information through weekly sessions with the same person across many months to stay with a certain past life that lived as an Essene. This teacher also taught Jesus and was part of many moments from both Jesus’ life and death.

This is a beautiful story that also explains why Jesus came and what his death was intended to show us. I also resonated with gems of knowledge about meditation, healing with the hands, veganism and more. A must read!

They Walked With Jesus: Past Life Experiences with Christ

In this sequel to Jesus and the Essenes, the past-life memories of two women capture a portrait of Jesus the man, from the healing miracles he performed to the gentle philosophy he preached. This account is direct from Jesus’ time, going deep into how things were back then. Also included: drawings of the Temple and Old Jerusalem. Fascinating…

Very interesting book! The first session that reveals the client’s association with Nostradamus in a past life starts out with the client’s guide intervening and letting Dolores know that the client is not ready. During later sessions, we learn that the past life studied with Nostradamus about how to heal the body, heal the mind, and how to see the future — but in secret because of the Catholic Church. This is also why Nostradamus wrote in riddles, to avoid getting burned at the stake (and so that his prophecies would not be destroyed when he died).

The book covers how Nostradamus came about his predictions, “Before he saw an event, he would see the heavens. And then it would focus onto the earth. Then, as if looking through a glass that magnifies, the event would be centered on.”

Then, after the first client moves away, Dolores is able to use a different “vehicle” (client) to speak directly with Nostradamus, and they work to begin to explain all of the quatrains. A suspenseful, must-read!

The prophecies discussed in this book primarily cover events faced from when Dolores conducted the sessions in the mid-1980s to the end of the century and beyond, particularly around World War III, the Anti-Christ, supercomputers, the rise of the internet, erratic weather patterns, Earth changes, war in the Middle East, world governments, politics, 2012, simultaneous time, nuclear weapons, the Pope, the Columbia Space Shuttle disaster and other unknown disasters and visitations by ETs.

This book is one of my favorite Dolores’ books. Wow!

This continues the communications from Nostradamus, interpreting the next group of Nostradamus’ nearly 1,000 quatrains. It includes this next bunch of prophecies of Nostradamus, in Middle French with an English translation, as well as the meaning from Nostradamus himself. The prophecies covered deal with more on the Anti-Christ, several that seem to have taken place in the 1990s, some that took place during WWII or the French Revolution, secret new weapons being made that are more powerful than nuclear weapons, the “tapestry room” beyond lives, space colonies, “the great genius,” Earth changes, the origin of AIDS and more. There is much to think about in these books, including whether we’ve managed to change some of the worst of the prophecies.

The book also covers a look into Earth’s future after these major shifts.

Communication from Nostradamus continues via mediums through hypnosis. This volume works to translate the rest of the Nostradamus prophecies. This volume covers quatrains related the fall of the Berlin Wall, the dissolution of the Soviet Union, more space shuttle disasters, Middle East revolutions, more about the Anti-Christ, plus numerous other subjects.

Legacy from the Stars

This book starts out with session stories of many humans who have had lives as ETs on other planets, as well as stories of benevolent ETs who monitor certain humans (through the Higher Self’s free will). One thing that gets brought up in this book often is that the benevolent ETs have become more active since we set off an atomic bomb and won’t let it happen again. Another recurring theme is that we have all lived as “aliens” on other planets besides Earth, and in some cases, we have lived as super high-vibration beings who don’t need to eat or inhabit bodies.

Dolores explains, “We are children of the stars. This is our legacy and our heritage. In the history of the cosmos Earth is a young planet. Our souls on the other hand have been around forever and will continue to be around forever. Thus Earth is not our only home. We have lived many lives in unusual environments before deciding to journey here and learn the lessons of Earth. After our schooling is completed on this planet we will journey onward to discover new worlds to explore.”

Between Death and Life: Conversations with a Spirit

In the book, Dolores says, “When I the time comes, the journey will not hold as much fear as it would have because I know I’m not going into a strange dark forbidding unknown, I am merely returning home, and there will be as many familiar people and sights on those planes as there are on this one.”

This is a wonderful book to gift others to help ease their fears of passing out of this lifetime and back to Source.

In Dolores’ work, hundreds of subjects have reported the same memories when experiencing their death, the spirit realm, and their rebirth. This shares many such session transcripts. This book explores what lies beyond the barrier, as well as topics like:

The Legend of Starcrash

This is how Dolores describes this book: “Through regressive hypnosis, a lost legend of the history of mankind has been retrieved from the recesses of time. Did the American Indians descend from the inhabitants of an alien spacecraft that crashed in the Alaska-Canada region thousands of years ago?

“Keepers of the Garden told the story of the original seeding of the planet Earth by aliens from outerspace. Starcrash indicates that aliens continue to come to Earth, some intentionally and some by accident, throughout our history. In order to adjust to harsh conditions, they were forced to interbreed with the local aborigines. This was the only way to ensure the survival of their race. Does their blood still flow in the veins of certain American Indian tribes? Dolores Cannon, hypnotist and psychic investigator, researches this unique case of past-life regression.”

The Legend of Starcrash follow the past life of a young woman who was regressed to a life as man named Tuin, a hunter living in a Canadian-Alaskan area in an undetermined time period before the coming of the Eskimo. This past life of Tuin reports the story that a group of spaceships were travelling through our solar system thousands of years ago with the intention of colonizing other planets, and that one of them malfunctioned, crashed on Earth and was unable to continue its journey. Because of their desire to preserve their race, they interbred with a group of aborigines. Fascinating!

The Convoluted Universe: Book One Published: 2001

This is the sequel to Custodians and the start of the Convoluted Universe series. Dolores, in her intro, recommends people first read Custodians and get familiar with her work before diving into this book, which covers Atlantis; mysteries like the Pyramids, Easter Island, the Bermuda Triangle, the Ark of the Covenant, Loch Ness Monster, Nazca Lines; characteristics of other planets, including the Pleiades; parallel universes and parallel Lifetimes; other dimensions; crop circles; the individual Soul Identity existing with its Soul Group’s consciousness; Atlantis and its downfall; psychic abilities; ET guides; and more.

Some other things covered:

This is the book you buy for your friend or relative that is in awe of Stonehenge, crop circles, the pyramids, etc.

This is a massive 600-page book that covers numerous topics, such as:

A lot of it focuses on the ascension and what might happen and how to prepare for it. These tips include giving up meat to allow the body to lighten, energize your own water (with explanation as to how to do this), letting go of fear and staying in the vibration of love throughout Earth’s changes, and more. An inspiring read!

This is the first book Dolores wrote back in 1980 (although it wasn’t published until many years later after her other books had been published and found a following). This book shares how she and her husband discovered past lives back in 1968 while hypnotizing people to help them overcome routine problems. This follows how Dolores’ husband regressed a woman back into five lives. The work was so astonishing and ahead of its time, that Dolores did not publish the accounts until much later. It was these initial discoveries that sent her down the path of her life’s amazing work.

Kari Redfield is an author, editor, SEO strategist, proof reader, content developer, Reiki Master healer. As a former 14 year magazine editor, she works with individual authors who want to get their books published.

If you have physical, mental or emotional illness, or need to clear your chakras and energy fields to attain optimum health, a channeled healing can be given over the phone.

Quantum Healing Hypnosis Technique  private sessions provide the opportunity for you to heal yourself, find out where you are from and your life purpose. Find out the missions you agreed to perform here on Earth and elsewhere. Receive guidance and a solid connection with your Higher Self. Find out more here at these two links:

An Angel Reading can help you focus what direction your life purpose is taking you. The messages are uplifting and empowering. This can be done over the phone and it’s privately recorded on an mp3 download, so you can review it again.

Barbara is available for group transmissions of the Mathematical Star Language she channels from Source. Contact her here: Barbara Becker

For more stories of Barbara’s healing gift, please consider reading her book, Enclosure: A Spiritual Autobiography. If you are guided, please contact me. 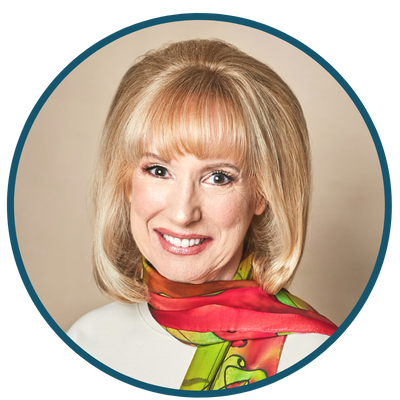